Devund Tinson, also known as David Cunningham, dared to enter a house in Inglewood, California as a squatter and change the locks. He even went so far as to fabricate a false lease to present to the police. According to LA activist/reporter Jarmyne Cannick, the police told the homeowners they had to resolve the conflict in court when they got back from vacation. This was before the neighbors intervened and produced earlier pieces exposing Cunningham’s other unlawful actions. He was eventually taken into custody by the police after he outwitted them while acting brazen and foolish. 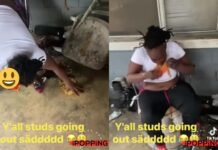 A Stud Spills a Bowl of Noodles on the Ground, Picks It Up, and Eats It 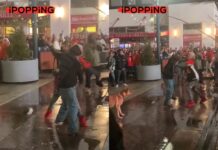